The Impact of CSR 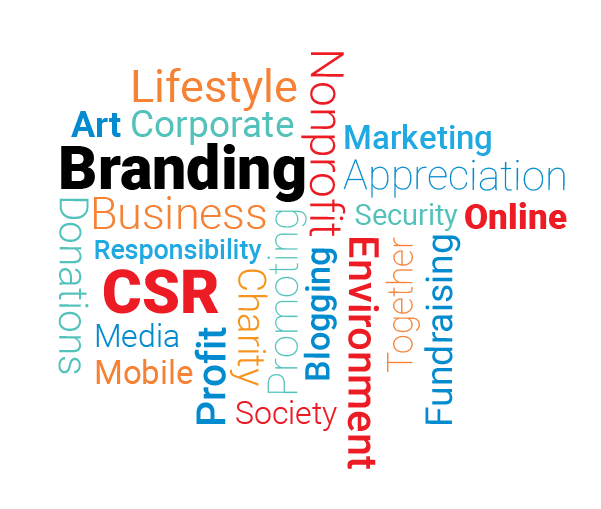 Corporate social responsibility has become a buzzword in marketing and general business circles. Many companies have formed new departments, redirected funds, and invested heavily in CSR. For many decision makers, there are more questions than answers. Is CSR worth it? Does it have a significant impact on my brand? Do consumers and potential employees actually notice? These questions would give anyone pause, and they should! Several different groups have conducted significant studies about corporate giving and CSR, especially in terms of the impact on financial performance and perception by demographics like millennials. The consensus? CSR works.


IS CSR WORTH IT?


Beyond ethical or charitable considerations, there is a growing body of evidence that CSR has many positive effects, including on a company’s bottom line. Recent research by Cone Communications found that 87% of American consumers will purchase a product because of a company’s advocacy or giving. In an increasingly disrupted market, with growing competition and an inconsistent economic forecast, CSR is an effective way to differentiate from competitors and provide an additional motivation for potential customers to choose your product over another. The same study by Cone Communications found that 89% of consumers would switch brands if a similar option was from a company perceived to be connected to a good cause. In fact, one analysis of a Center for Effective Collaboration and Practice report found a correlation between companies who increased their giving between 2013 and 2015 and higher income in 2017. CSR moved the needle.

In that same report by Cone Communications, participants were also asked about their behavior in the twelve months before they took the survey. In that short amount of time, 52% had purchased a product or service because a company advocated for an issue they cared about. 39% researched a company’s business practices and CSR efforts. Modern consumers are informed and passionate about social issues and whether the companies they patronize are involved in helping the community around them.

Corporate social responsibility has several other benefits, particularly when considered in relationship to an organization’s brand. The amount of choice in an age of ecommerce and internet research has made market differentiation increasingly important for companies of all kinds, whether selling to businesses or consumers.

As companies develop the persona of their brand, corporate social responsibility is an effective way to demonstrate the values of an organization to the public. The infamous Pepsi Paradox, in which Pepsi wins blind taste tests but loses to Coke’s brand in the marketplace, illustrates the impact brand perception can have on a company’s bottom line. Cone Communications is just one of many groups that has researched public perception on CSR. The findings speak for themselves.

The most effective CSR campaigns connect with a company’s values, reach out to its community, and coordinate with an integrated communications plan to leverage the social investment effectively. CSR is a charitable act, and one that can help a company and its employees support the things they care about most. However, being responsible to shareholders and effective in executing a CSR initiative requires developing a plan that accomplishes these three components.

Companies can also leverage CSR efforts to drive awareness through a variety of strategies. Any marketing professional dreams of having a company post go viral on social media—and some CSR efforts have done exactly that, such as the Always #LikeAGirl campaign. Even if a campaign remains more local, tactics like allowing the public to vote on which nonprofit will receive a contribution allows for greater community investment and drives awareness of the company’s CSR efforts. In fact, 77% of consumers have voted to designate funds to a cause they care about—a strategy that can bring significant attention to a company’s work.

IT REACHES MILLENNIALS AND GEN Z

While Cone Communications conducted research using a sample of the entire US population, it and other groups have done further research on generational differences surrounding CSR and its impact on perception and patronage of various brands. Millennials and Gen Z trend higher for several categories.

54% of millennials tell others about a company’s CSR efforts, compared to 45% of the general population (according to the 2017 Cone Communications study). Word-of-mouth still holds some of the greatest value in marketing—CSR increases its frequency, particularly among younger demographics that are beginning to become a larger percentage of high spenders. Gen Z is even more likely to share positive reactions to a company’s CSR efforts—87% would share their opinion on social media, compared to 77% of the general public. 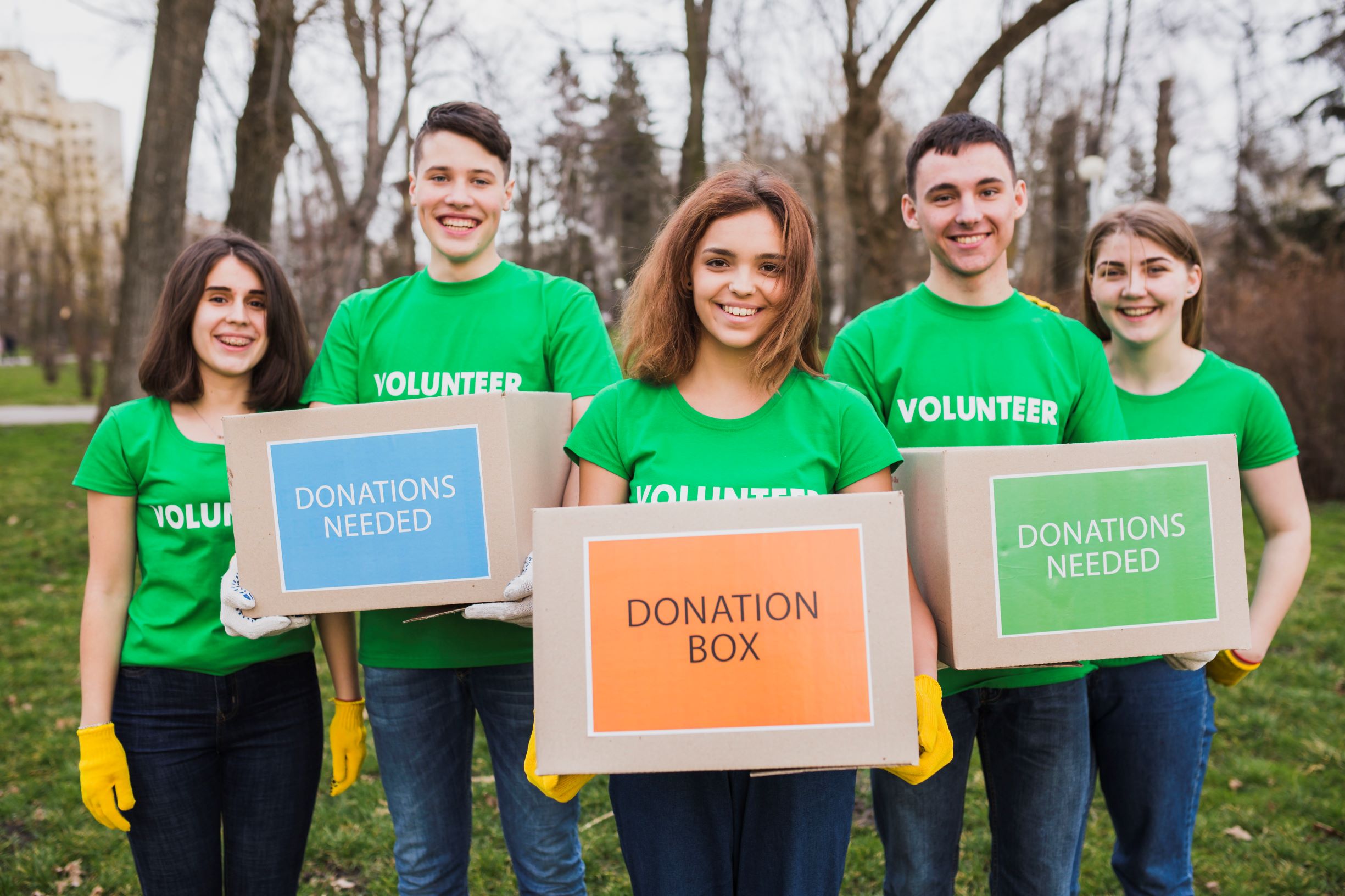 Millennials are more likely to research a company before making a purchase, boycott a company they disagree with, and share about why they bought from a company on social media. With millennials representing $2.45 trillion in spending power, those statistics can make a substantial impact on a company’s bottom line. In fact, research has shown that significant portion of millennials (85%) will seek out a company with social conscious practices whenever possible!

The case for CSR from a marketing and communications standpoint is well made. CSR gives companies another reason to push out content, especially content that connects emotionally and is likely to be shared. However, the impact of an effective CSR program reaches the HR department, too.

Millennials in particular often express the desire to work for a purpose. One study found that 94% of millennials want to use their talents to help a cause, while more than half were influenced by a company’s charitable work when deciding to accept a job offer.

In fact, the Global Purpose Index 2016 report showed multiple markers of the positive impact of companies who connected their work to a larger cause and purpose in the world. Employees at purpose-driven companies are more likely to be satisfied. They were more likely to promote their employers to others in their community. And, they are more likely to stay with their company for another three or more years. All of these indicators increase the value of employees to their companies and contribute towards building a dynamite internal culture.

Beginning a corporate social responsibility program can be intimidating a first glance. In an increasingly polarized country, many leaders are understandably cautious about what causes to prioritize and how to communicate about their programs well. Fortunately, a recent study has found that 91% of the public doesn’t expect companies to be perfect at first—the most important thing is that companies are trying.

Since effective CSR is a process, it’s important to draw on available resources and tools to streamline its creation and implementation and to ensure that the program is leveraged effectively. Tools like DonationXchange.org offer help with the creation of a program, provide software solutions, and bring a level of expertise that can help companies avoid early pitfalls.

Corporate social responsibility programs are here to stay. Finding ways to connect your company’s values with social impact can help your bottom line, increase the positive associations of your brand, and motivate your workers. Not to mention, you might just transform your community in a powerful way. Let’s get to work.